rp_republic_base is a massive fully custom Garry’s Mod map based mostly off an episode from Star Wars: The Clone Wars called ‘The Jedi Who Knew Too Much”. Star By Star Gaming and Gateway Gaming both funded the creation of this map as a joint venture for their servers. Initial planning for the map began early December 2018 with the real work beginning on January 1st 2019. The map originally was intended to be somewhat small but soon after studying reference images, concept art, and doing various test builds it was discovered that for the base to be a scale that looked right the main structure needed to be almost the entire hammer grid wide. Luckily the layout of the map was still quite simple. The majority of development time was spent dealing with small map related issues or creating custom models and textures which are on the steam workshop for others to use in their maps. I even made quite a lot of sound effects totally from scratch.

This was the first time I extensively used Substance Designer for creating textures, which significantly changed my workflow and made creating really high quality textures much much faster! Previously I did all texture creation by hand in photoshop and crazybump. The models were made with the help of wall worm modeling tools, an insanely useful program that makes maps like these possible. The map was developed in two parts, first the outside, then the inside. Around April 5th 2019 the entire outside area was finished, after this development began on the interior areas as essentially an entire separate map starting from the ground up.

With only four exits to the outside and a massive volume of space within the structure, the inside of the base was able to contain quite a lot. However, laying the interior out was still quite time consuming as it needed to go through multiple iterations each needing to be looked at by SBS and Gateway. Originally the security areas were all going to be connected via a hallway system, remnants of this idea still exists in the final map but at a much smaller scale. The ‘court’ room was going to be where the briefing room was located and both were going to be consolidated into one room, however this made no sense and would not work at all. The final layout works really well lore wise, as everything exists for a reason. The lower levels of the base explore the concept of the construction of the base, and even Coruscant itself. Old worn out industrial facilities (known in the star wars lore as ‘the works’) that at one time may have been used to transport in large components during the construction of the base, or even the surrounding areas.

These industrial areas provide a separate function in the map and that is as an area for the Jedi class to exist in. Lore wise the Jedi seem to use this space as a place to meet or sleep during their time in the base for whatever reason. They congreigate around an energy beam inside of a ventilation shaft that goes to the unknown. Maybe it is blowing air up from an old forgotten Jedi settlement. Originally a sewer like system of large pipes was planned for the map, connecting the large enterable pipe outside with the industrial sectors of the base. This pipe system was intended to lead to a secret Jedi area deep underground possibly near some kind of ancient temple. This idea had to be cut along with a few other planned areas. The small Kamino area was nearly cut as well but it was decided that this would be the best way to train new players in a lore friendly way, as well as create a unique experience.

Near the end things had to be cut and rushed because the map was taking too long to make. As always Shy Studios REFUSES to put out a project that does not meet a standard level of quality, which is why I often refuse projects and almost never work on other people’s maps. Other things were cut from almost day 0, such as an idea of a ‘small’ Coruscant city area with nightclubs or a ‘mini’ Jedi temple. It is always “SMALL” when you talk to gmod players, they never really understand the scale of what they actually ask for.

Getting back to the design of rp_republic_base, once I had finished the inside of the map it was time to merge the maps together. This presented quite a challenge. Up till then I had been doing ALL of my mapping in Half-Life 2 Episode:2. This map however, utilized the new gmod compilers in a way that made my custom ep2 compiler not work. Each map worked fine in ep2 but when combined the problems began. I contemplated creating a new vbsp, vvis, and vrad that had the features I liked plus the gmod features I needed to make the map work. I looked at using gmod hammer like it was some kind of trash that didn’t work, it didn't help that gmod hammer for whatever reason did not work out of the box for me at all, needing a full manual configuration. But once I had configured gmod hammer, I fell in love with it’s features. Middle mouse panning is something I can no longer live without. The biggest downside is how gmod handles its content. Gmod hammer ONLY looks at content in the main gmod folder, just like how a typical sourcemod would. In game however, gmod will pull content from it’s addons folder as well as the main folder. This creates a big issue when packing content for a map release because you need to essentially fully disable all assets from the main folder, which also means you cant see them in hammer anymore. Then you need to populate the addons folder with the required addons as well as building new addons for the content that the map needs. And on top of all this, you need to be aware of content from loaded GMA files.

In the end, rp_republic_base relies on EIGHT workshop addons as well as extra content packed into the bsp itself. I find it really disgusting that most people simply autopack content into the bsp, creating massive map downloads that contain data a player likely already has downloaded. Both Gateway and SBS already used the four largest workshop addons the map required (mass effect props, SWTOR props, Sci-Fi Props, and Star wars vehicles). Three of the other four addons are public asset packs (that I uploaded) That anyone can now link to for their maps without needing to repack the assets. That is the magic of gmod addons, it is super modular and allows for people to pull from a massive pool of resources that anyone can access. Sadly a lot of mappers to this day are still repacking assets into their maps, Which at a very small scale is understandable but when the majority of clone wars maps are fully repacking almost all of the PK texture set it really becomes a major waste of hard drive space.

Packing the map content was annoying but I have developed a method to the madness and I hope to, in the future develop an automatic system to keep track of assets during map development. Around mid October 2019 the map was finished. Sadly because of the time it took to develop, as well as IRL issues with various people (most notably Stooge not having good internet for like 2 months RIP) We did not have much time to stress test the map. In fact the release of the map was really poorly done on both SBS and Gateway’s part.

Gateway ‘released’ way early without even talking to me, leading S8ncat to not disable the map protection system, meaning everyone on gateway was greeted with ear rape and some bible verses. SBS on the other hand failed to really stress test the map on a test server with the same addons as the live server. This normally wouldn’t be an issue as we WOULD have discovered map related bugs during this testing, but the thing that hurt SBS wasn’t a map bug but an addon bug that made the map for whatever reason, run like total shit. This caused SBS The Guy to have to pull yet another allnighter trying to figure out what addon was doing what. GG. It was fixed within 24 hours and the server was running flawlessly, but still with that bad first impression. Today in 2020 SBS still uses this map and you can play right now, Gateway however seems to seldom use the map anymore as their server is a lot more focused on Jedi than on clone troopers. 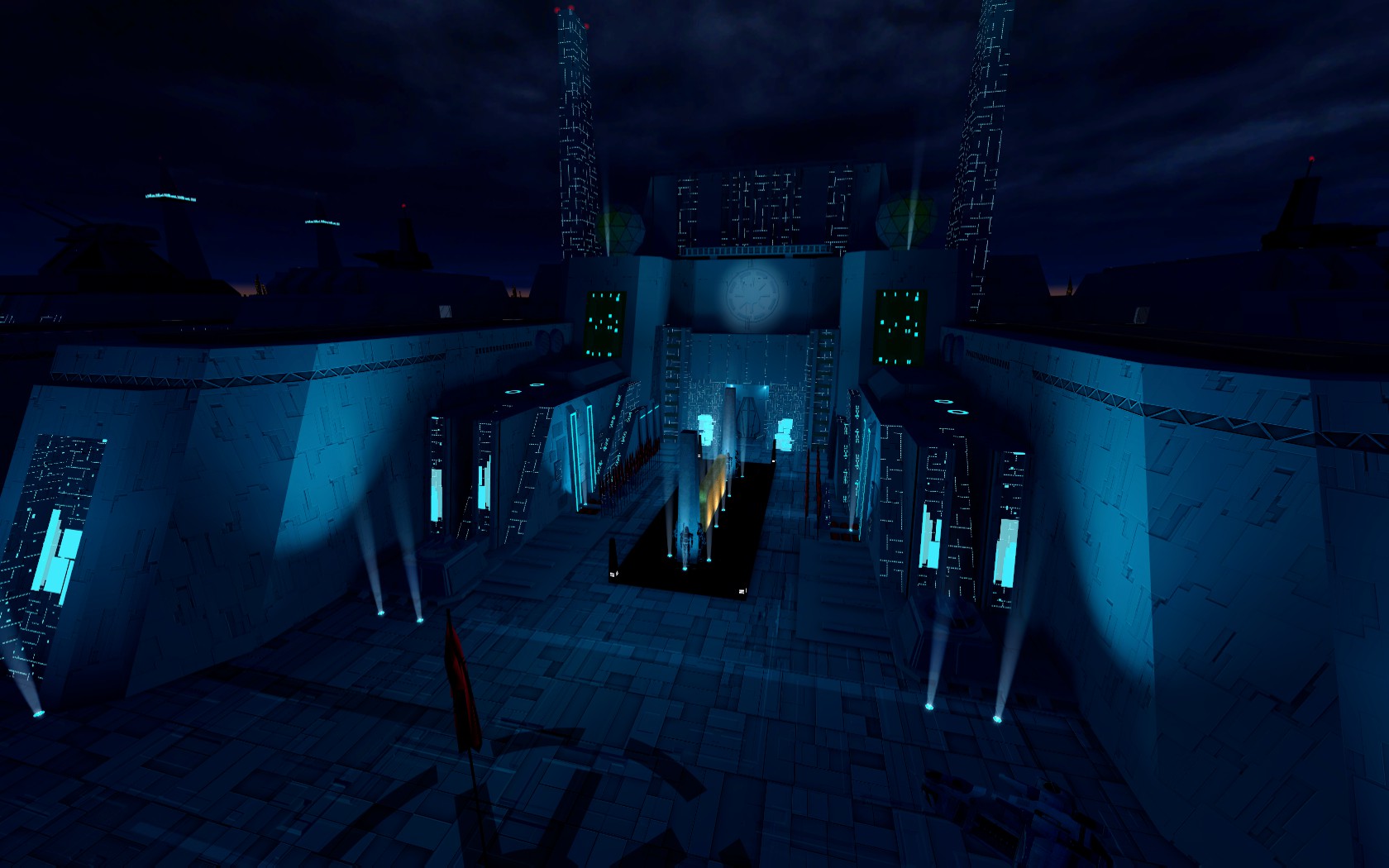 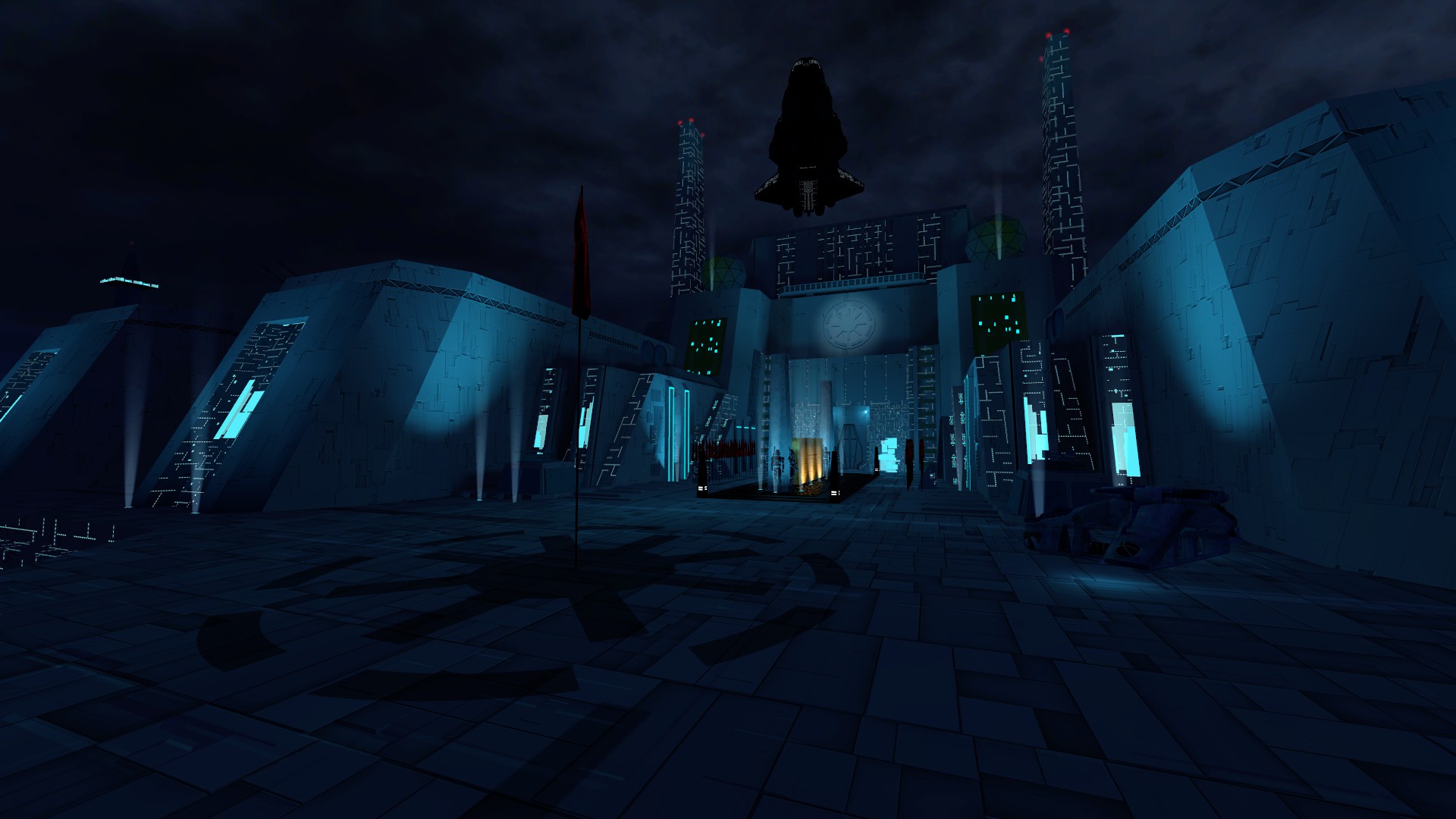 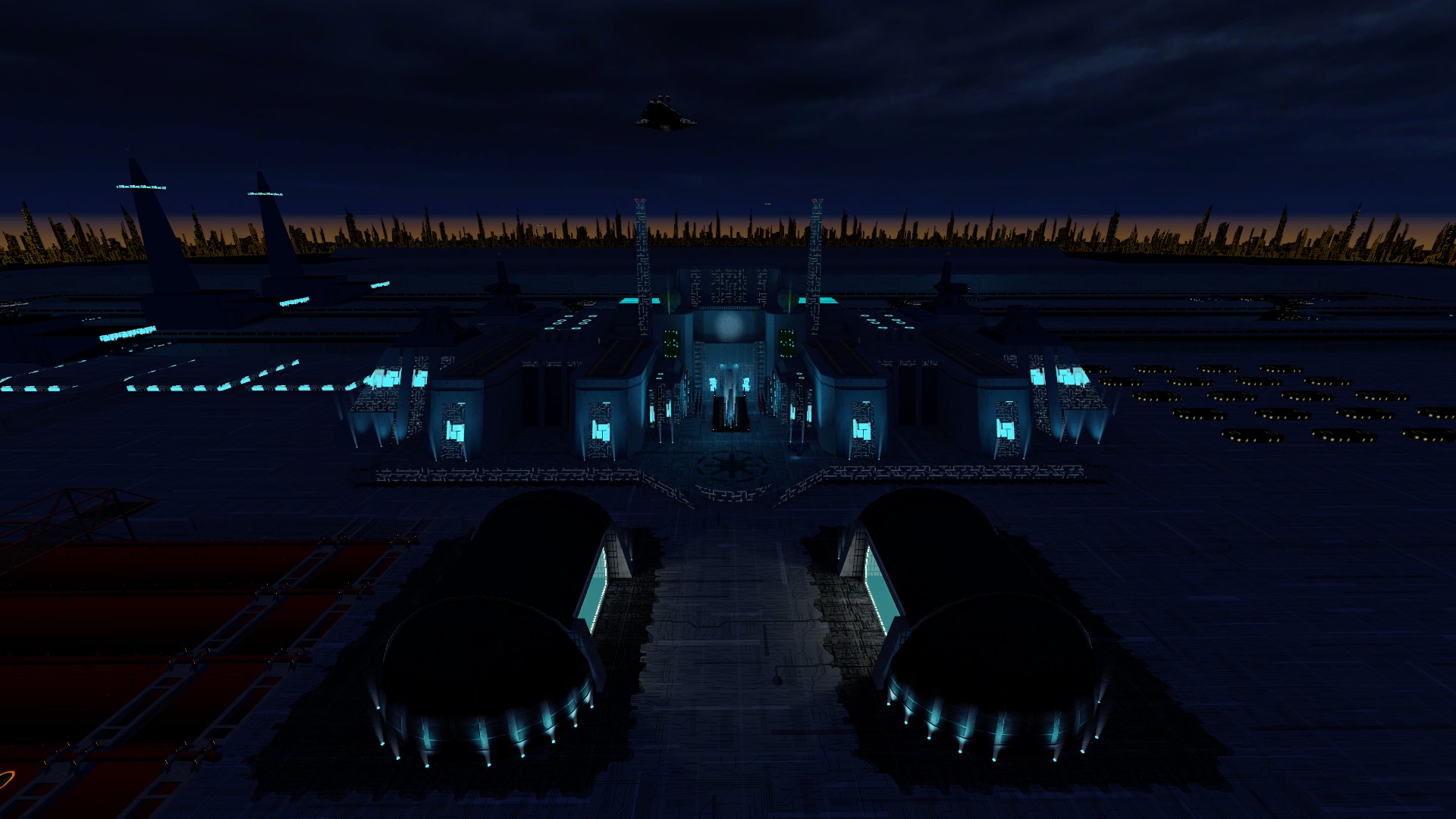 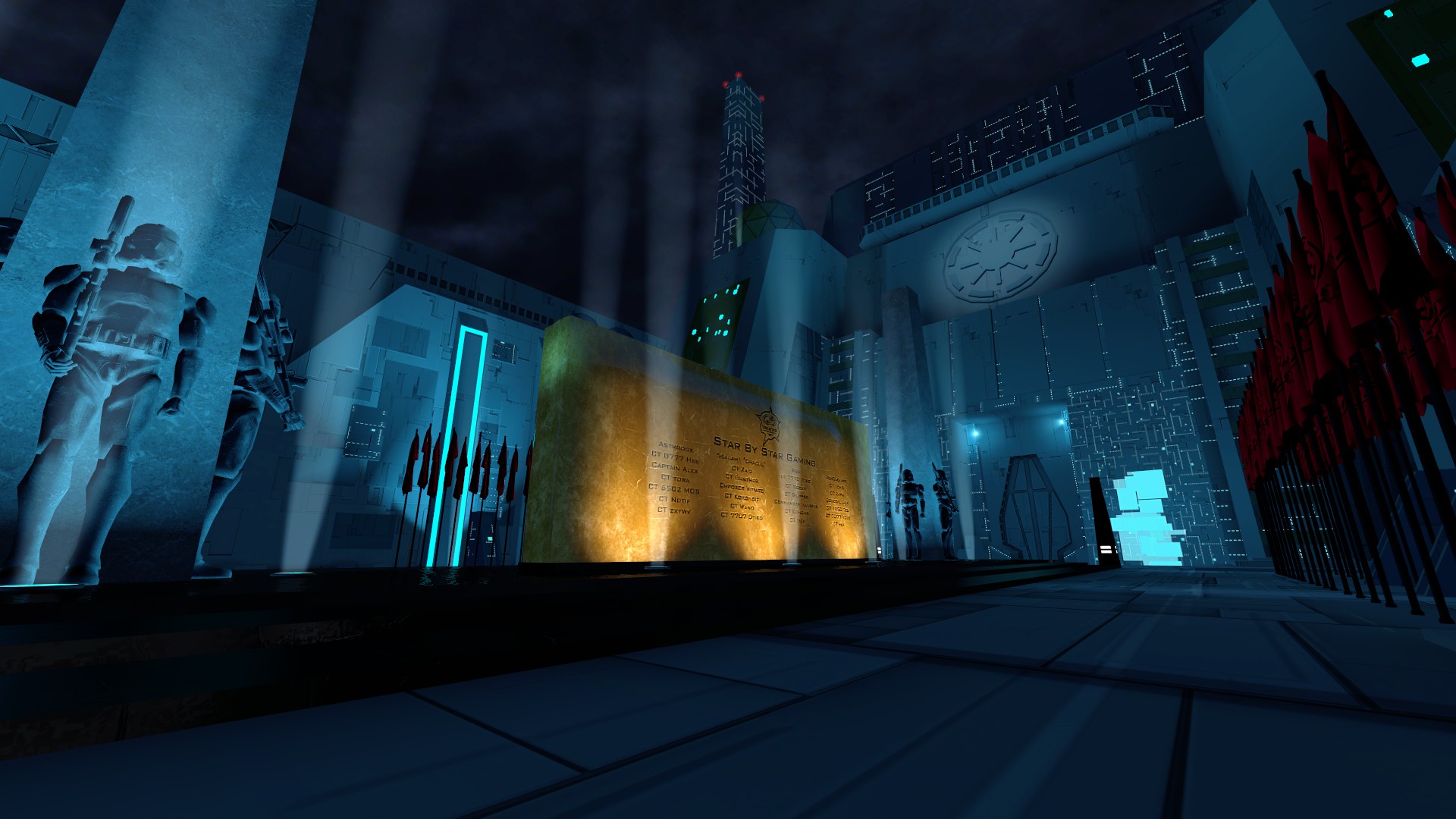 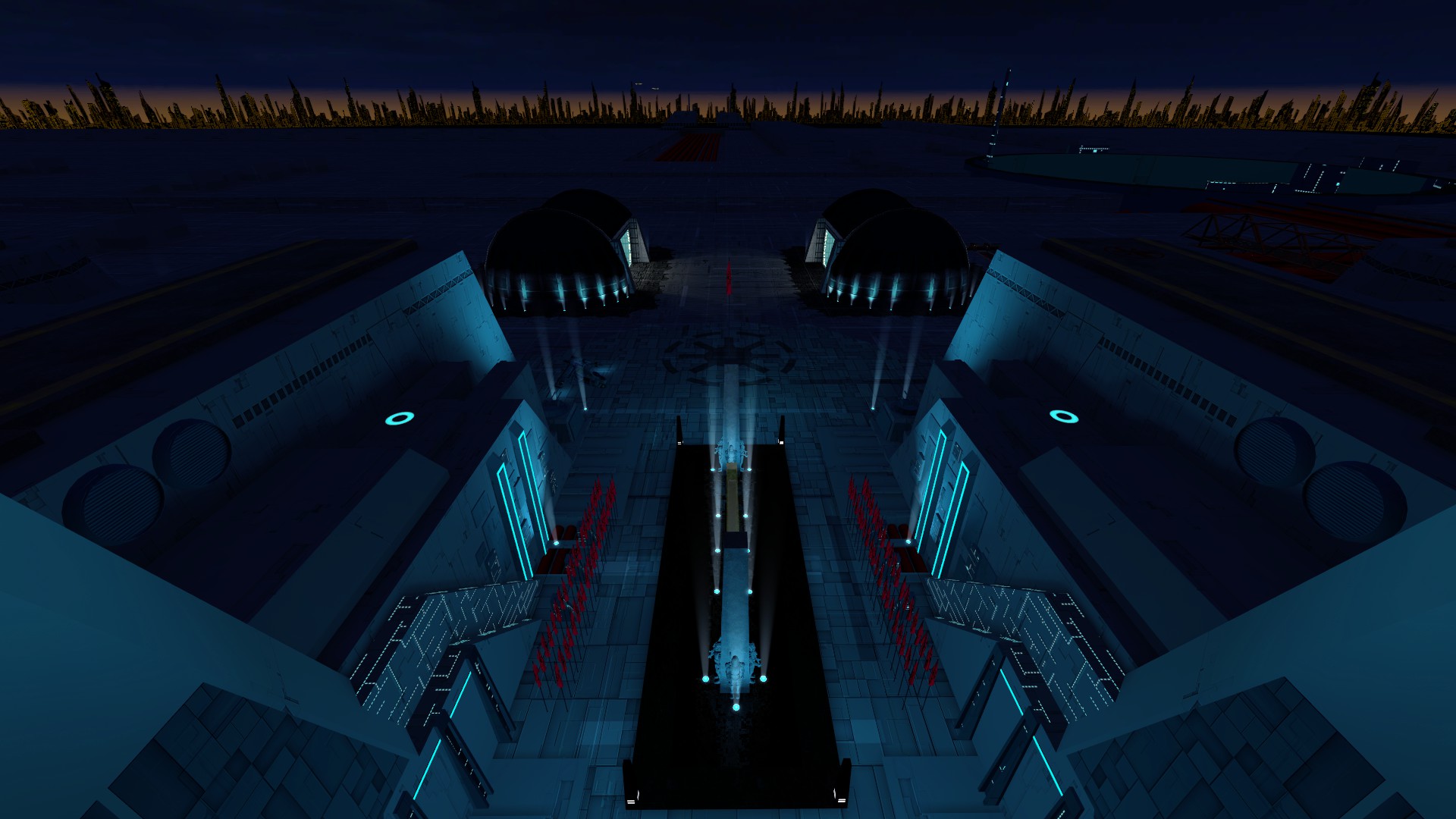 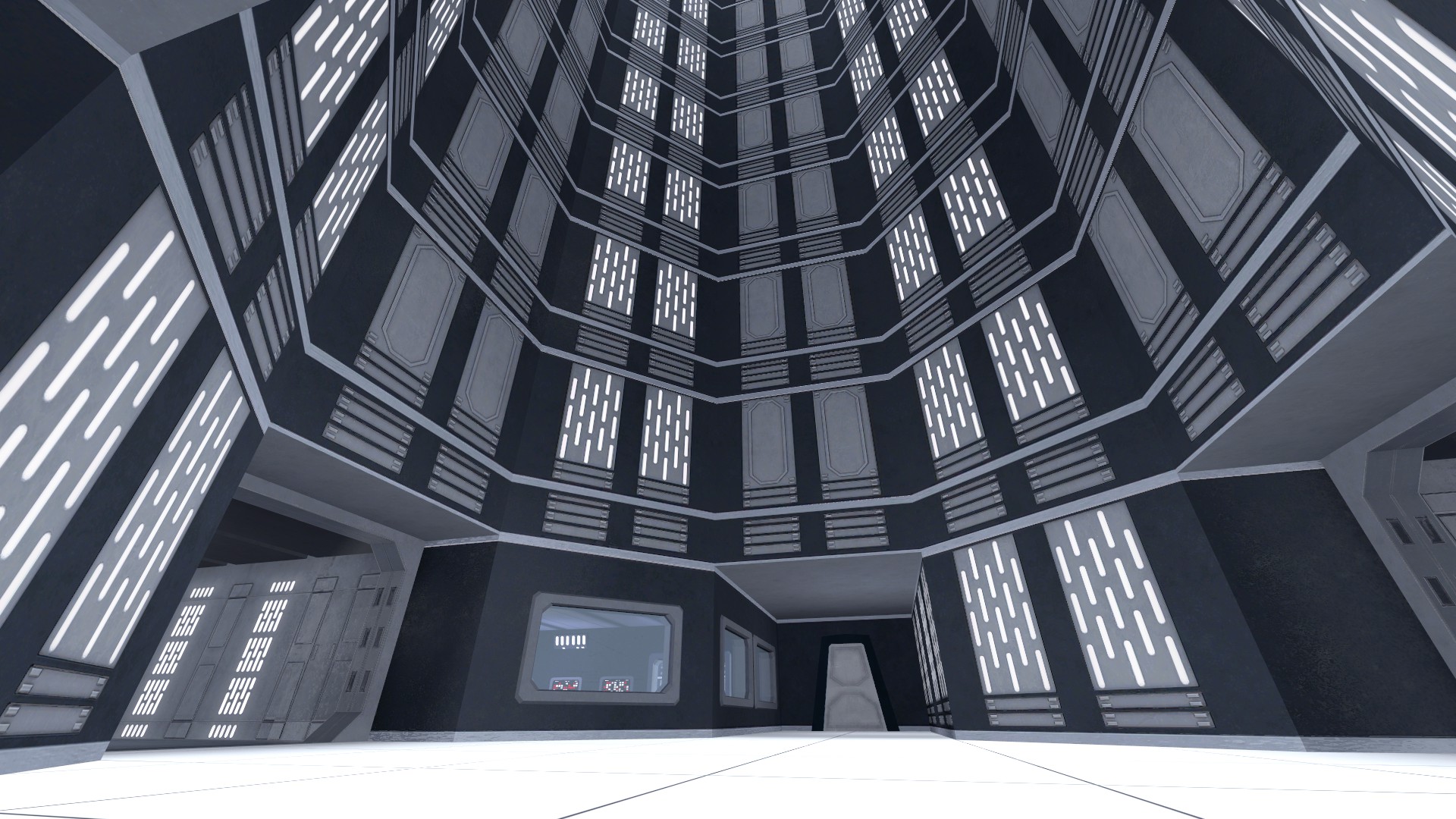 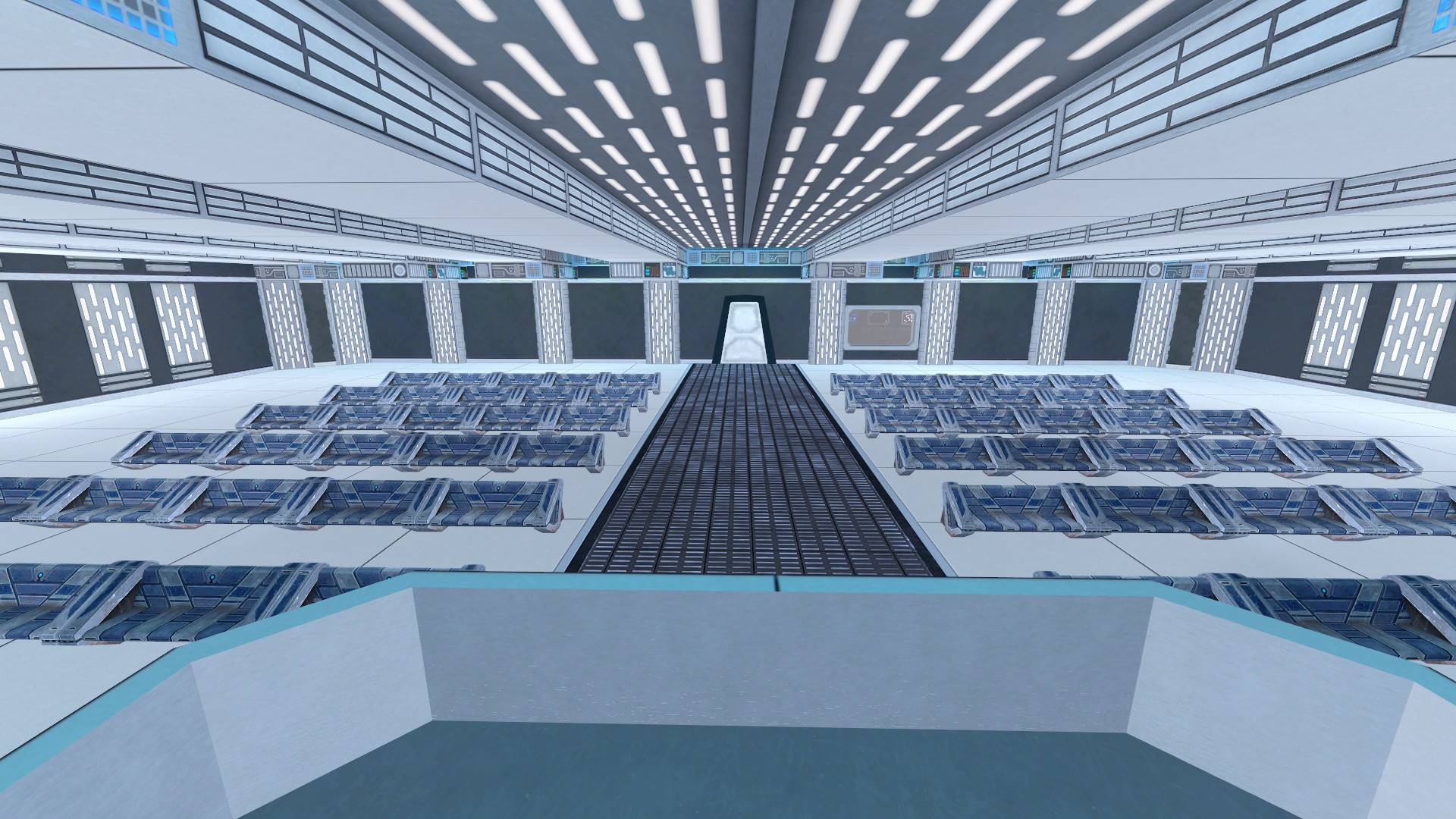 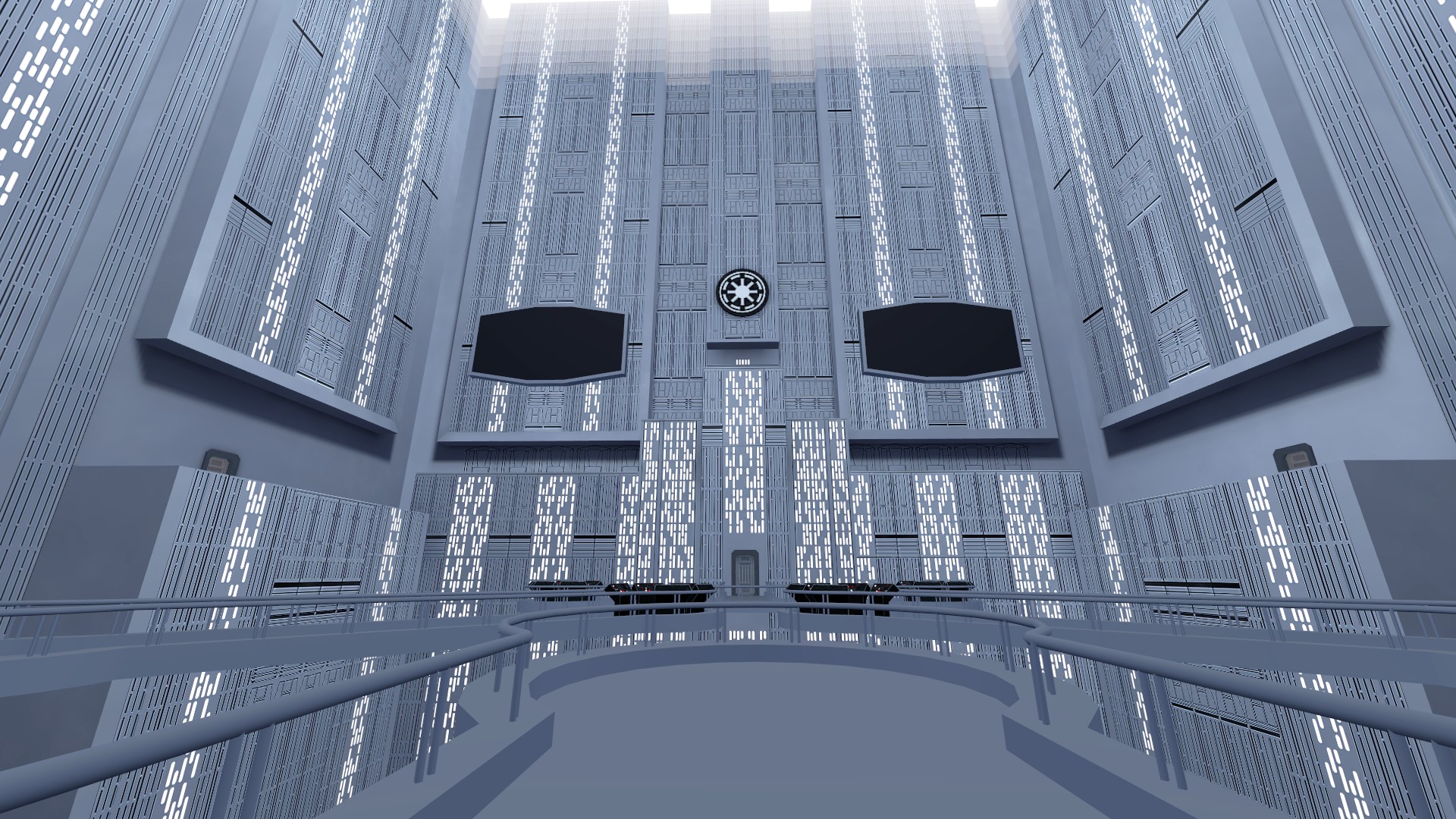 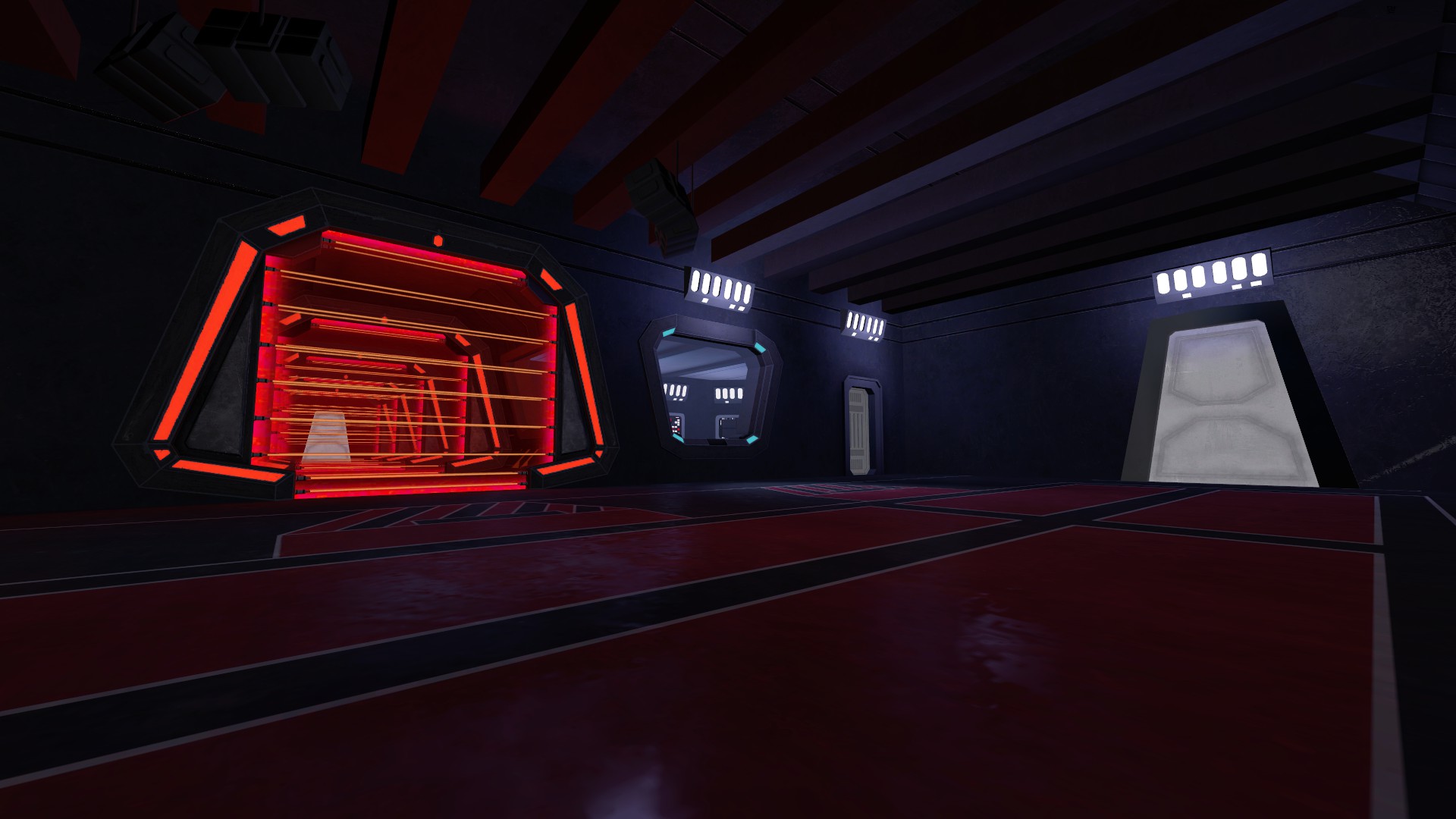 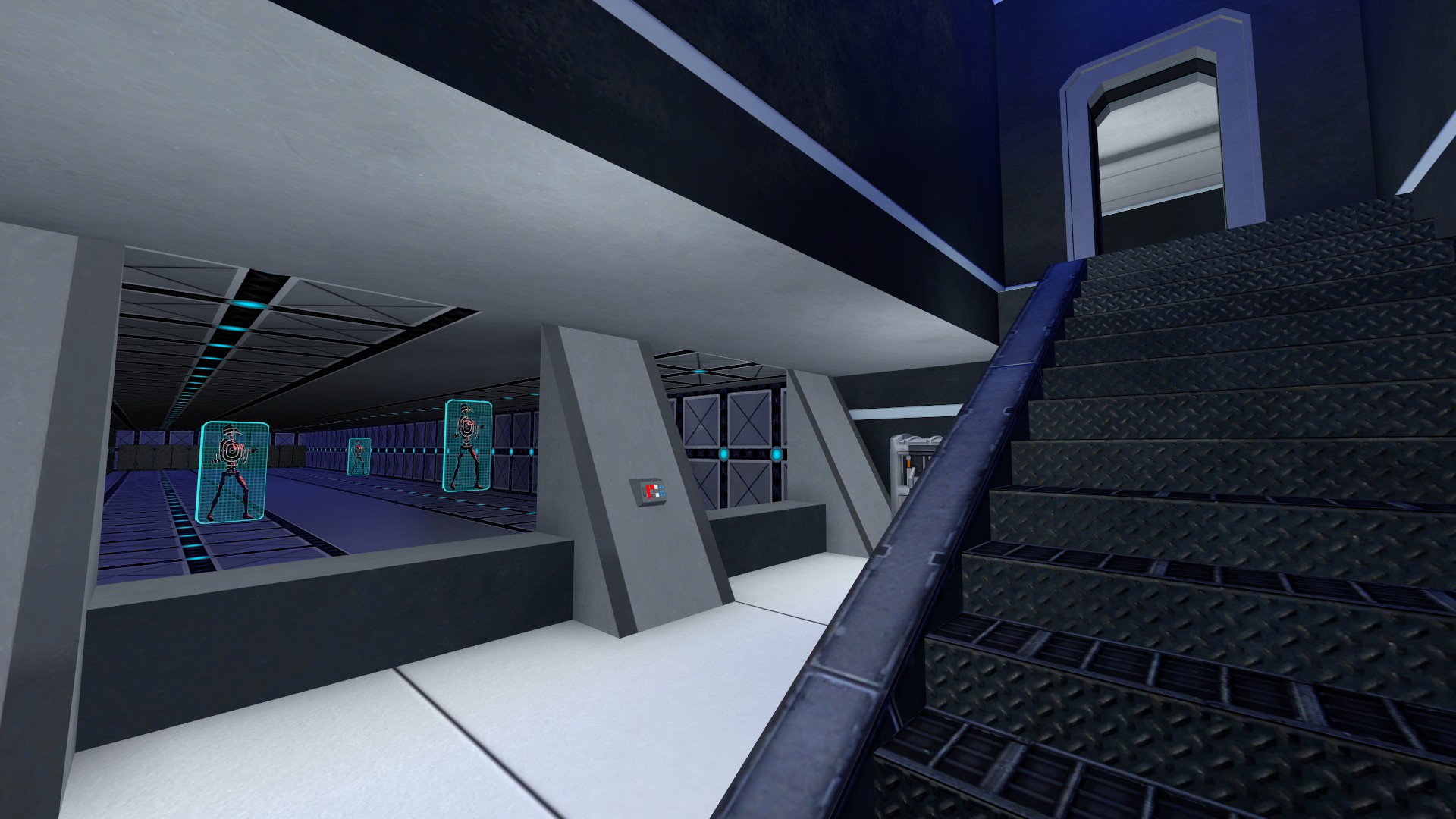 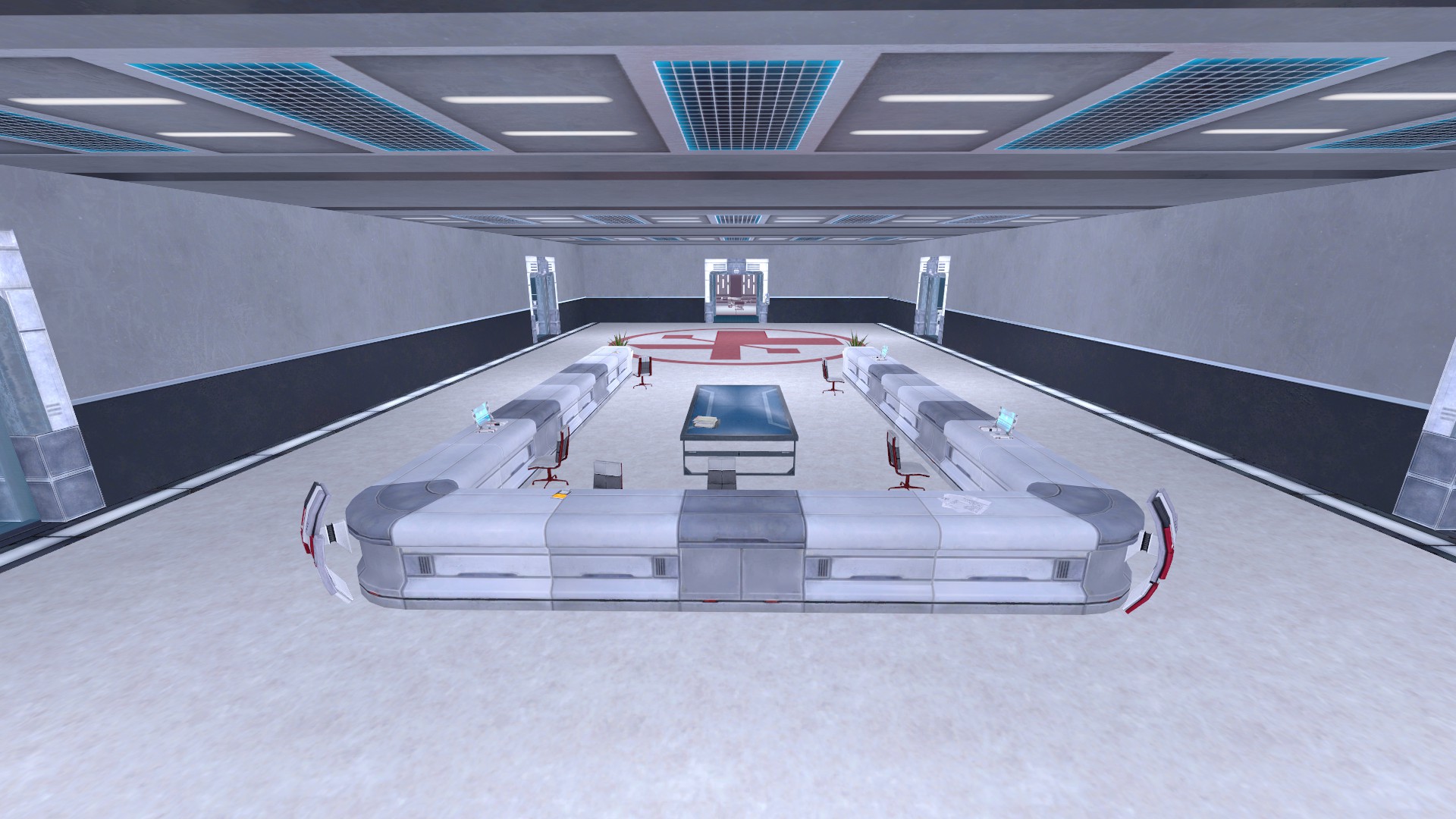 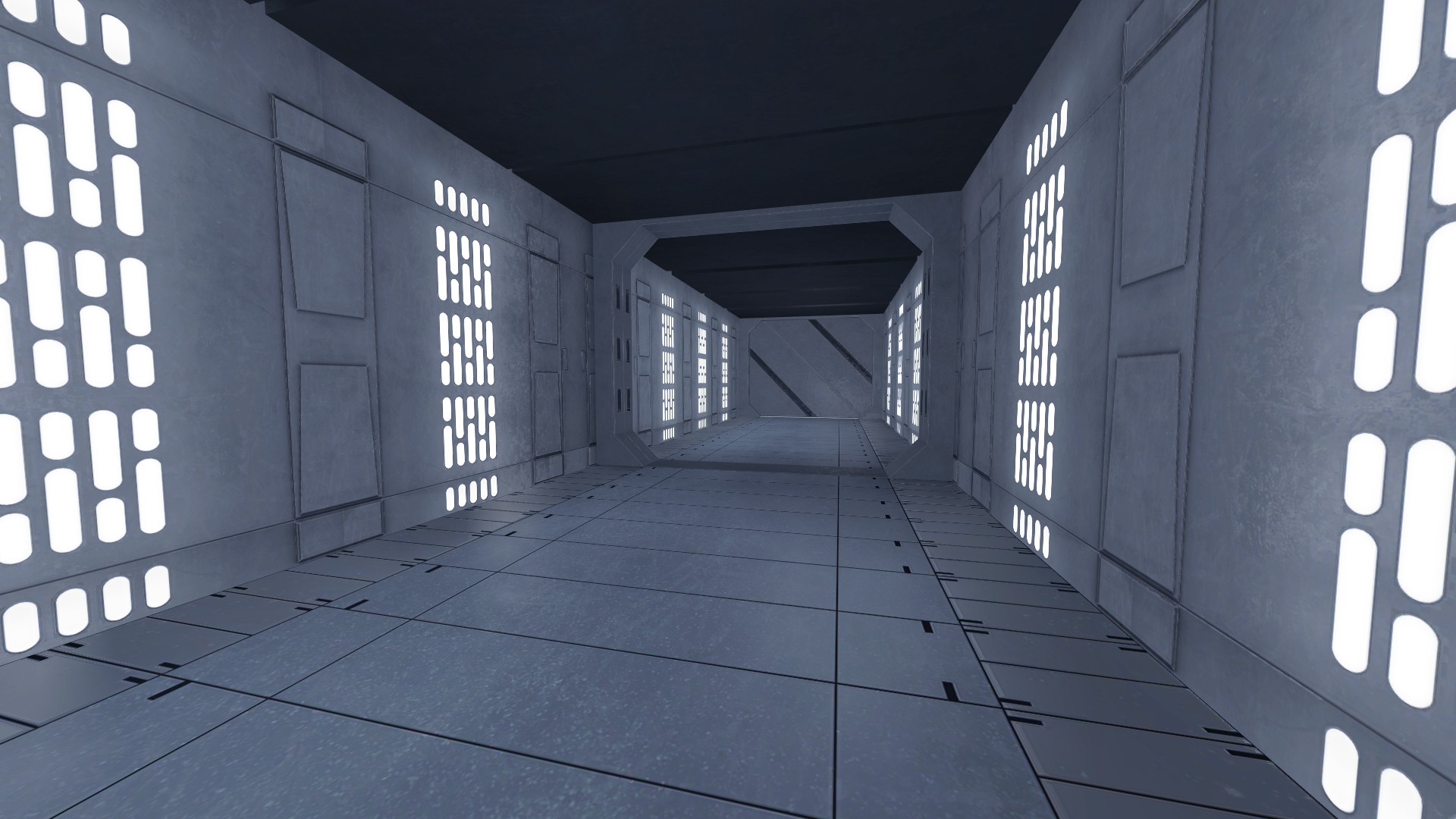 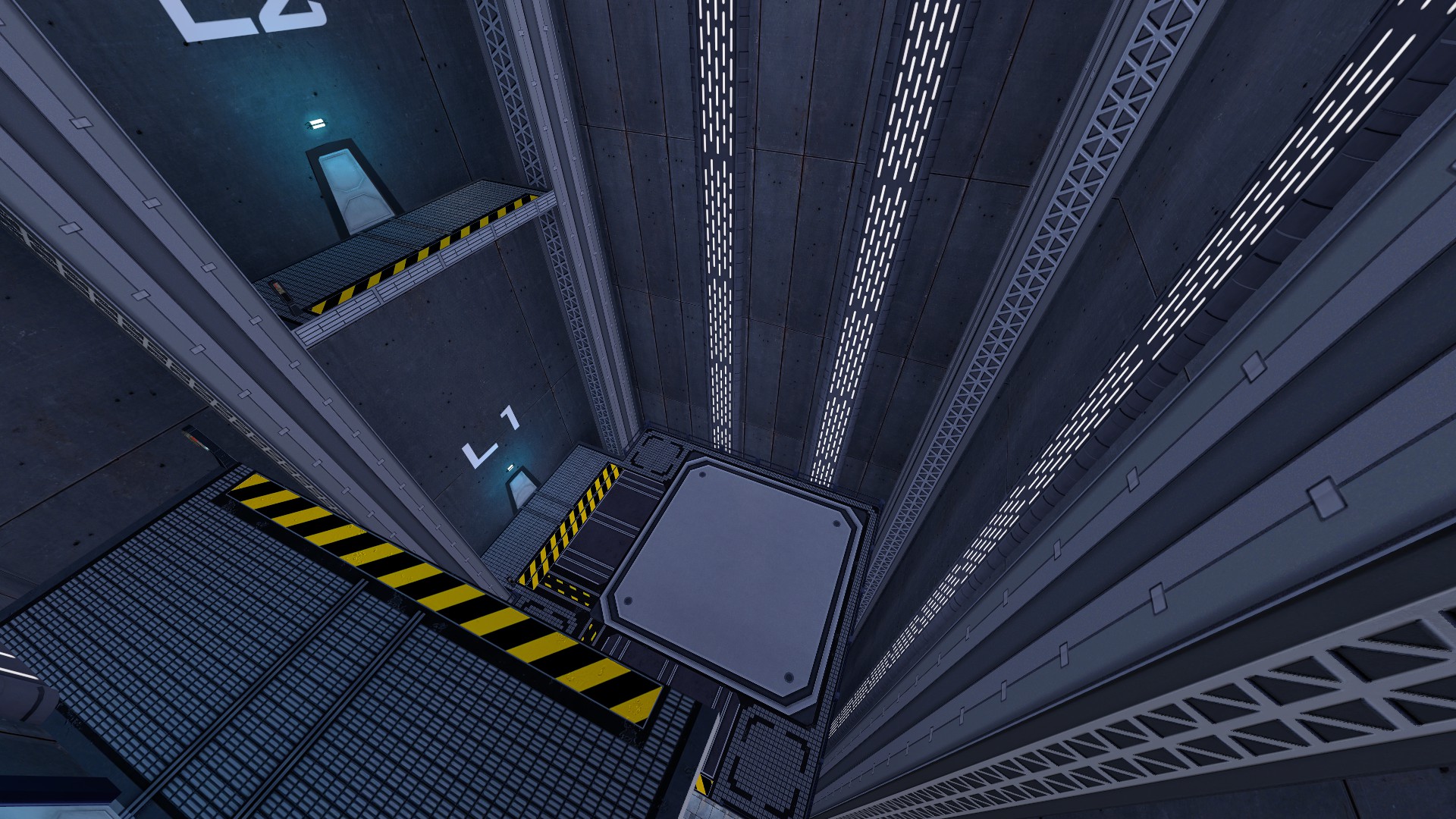 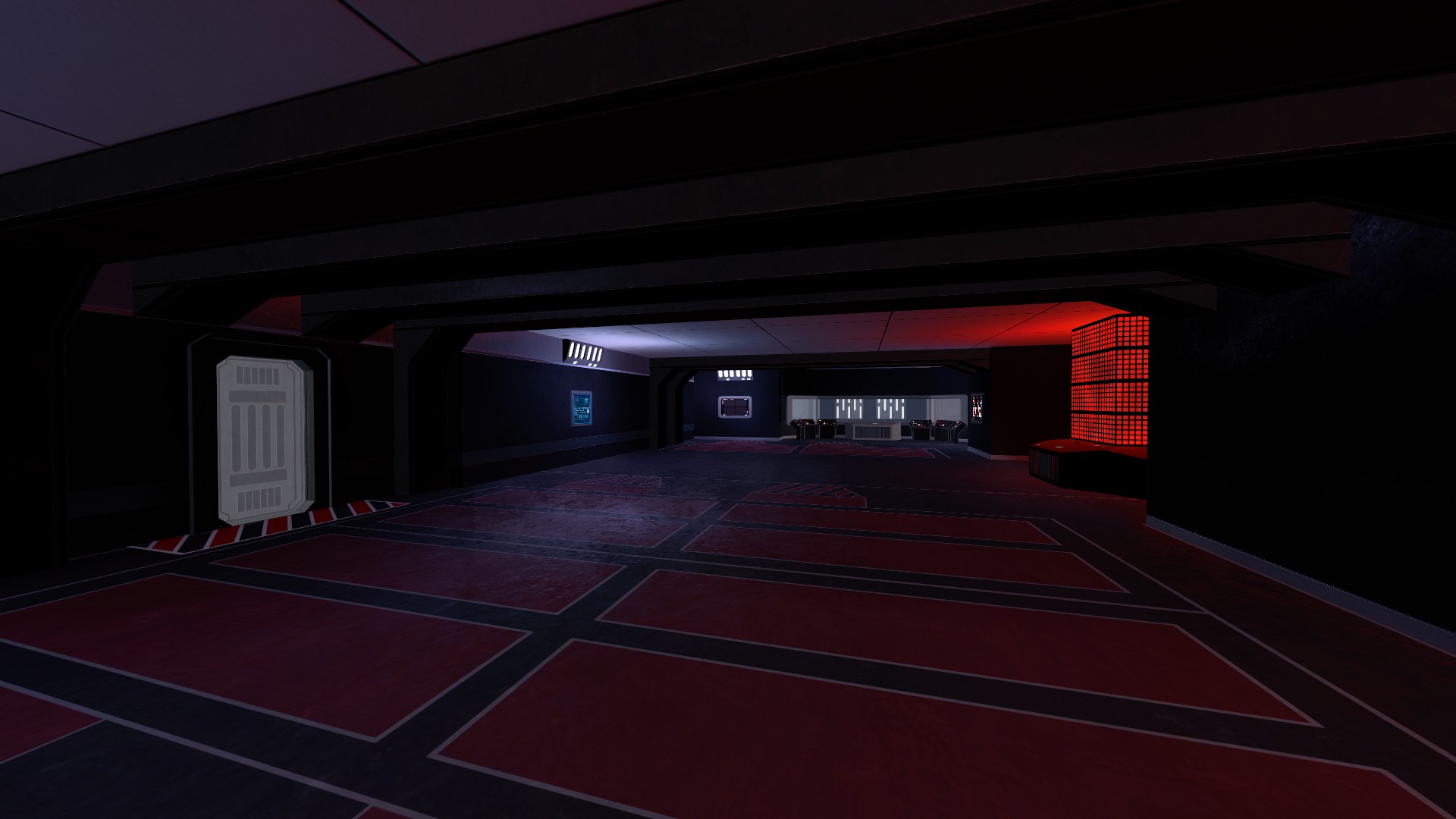 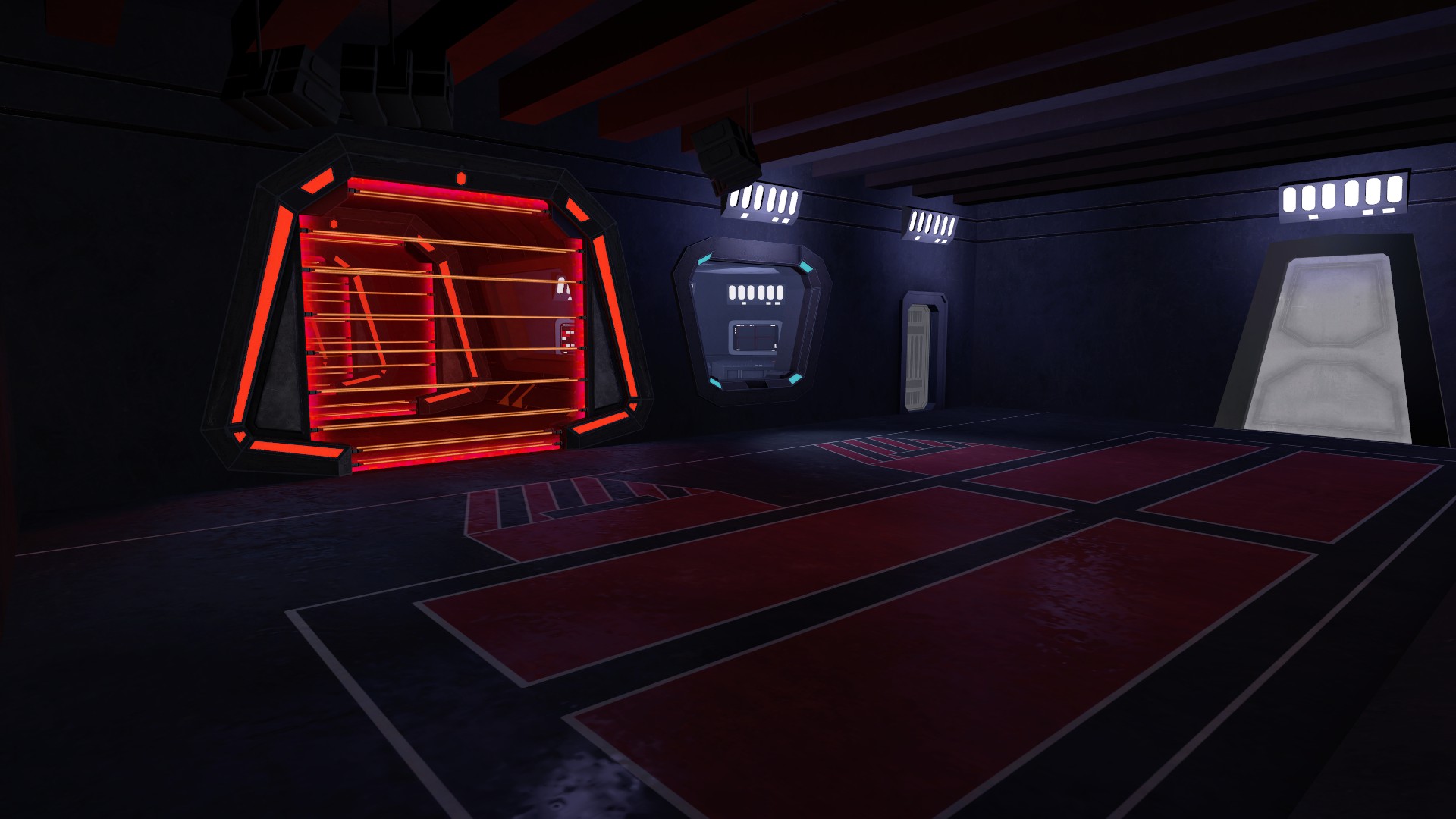 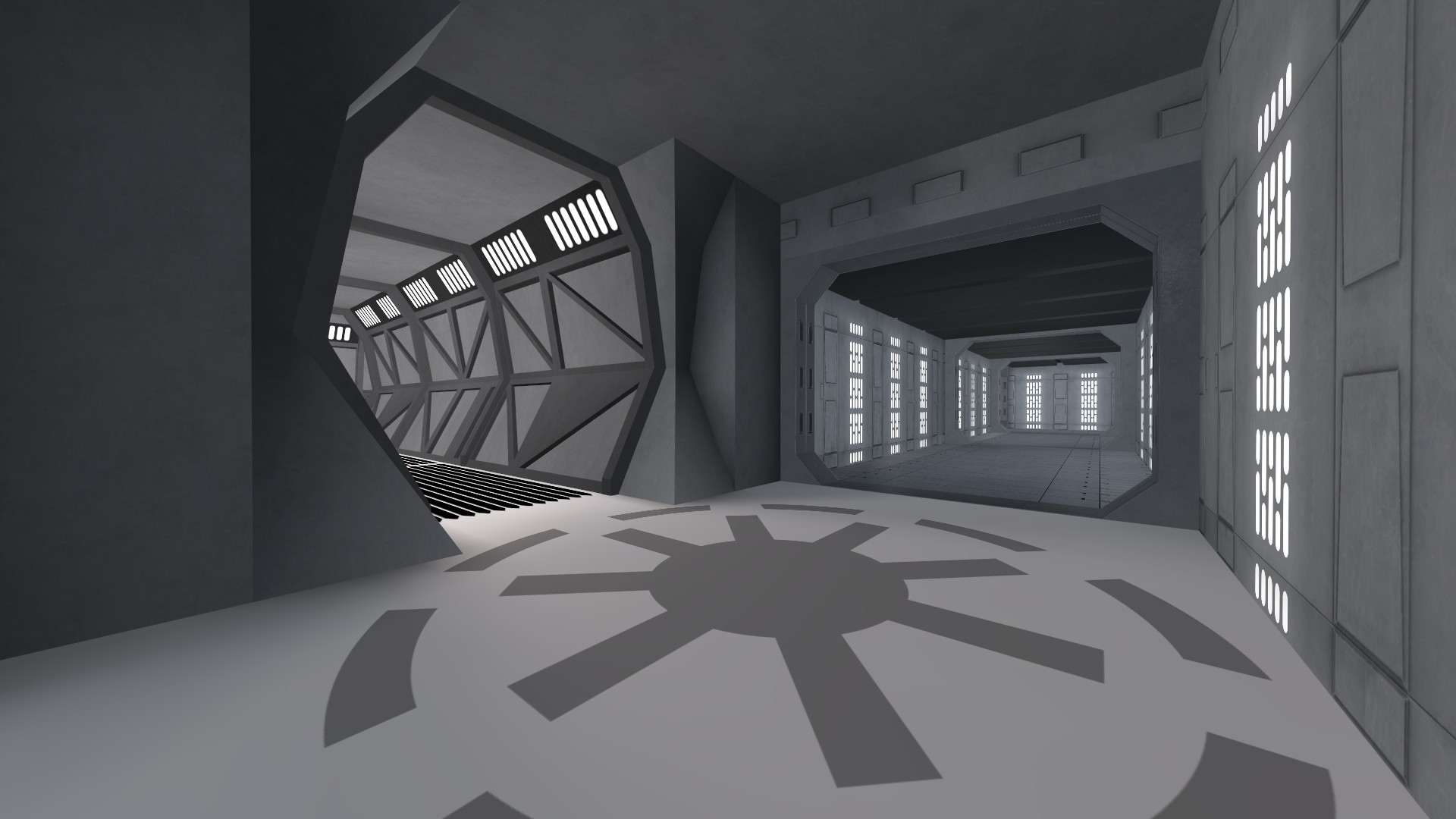 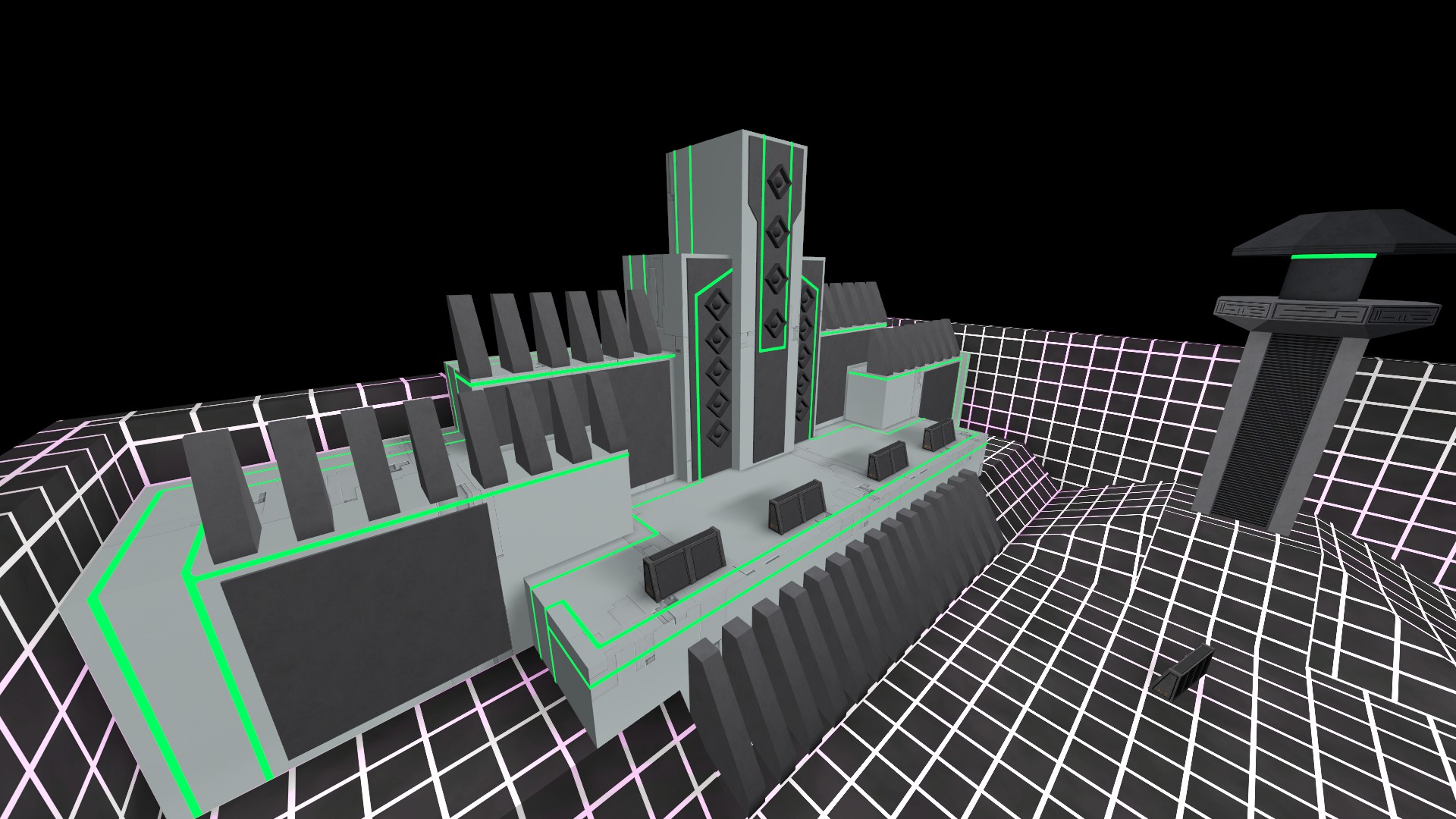 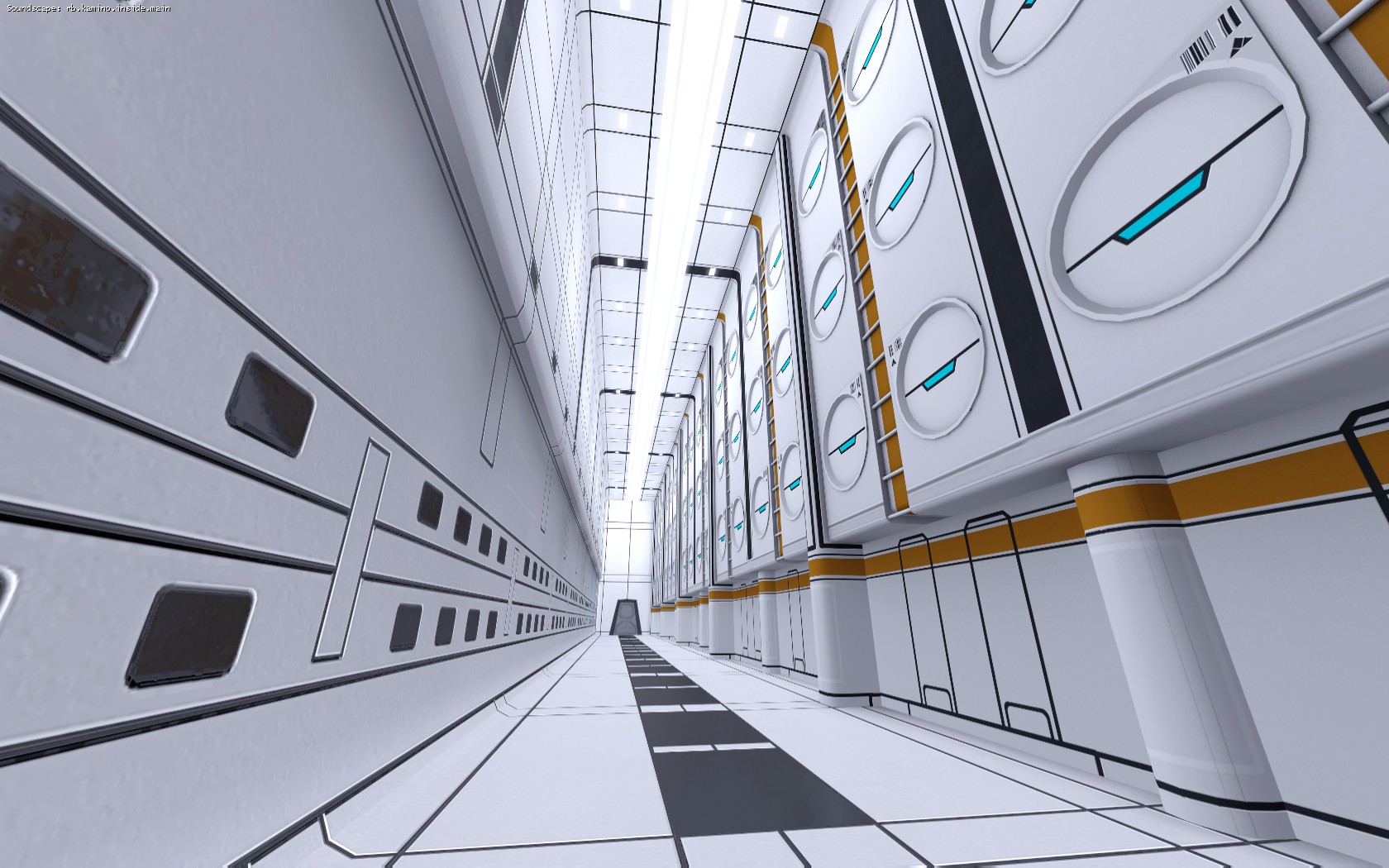 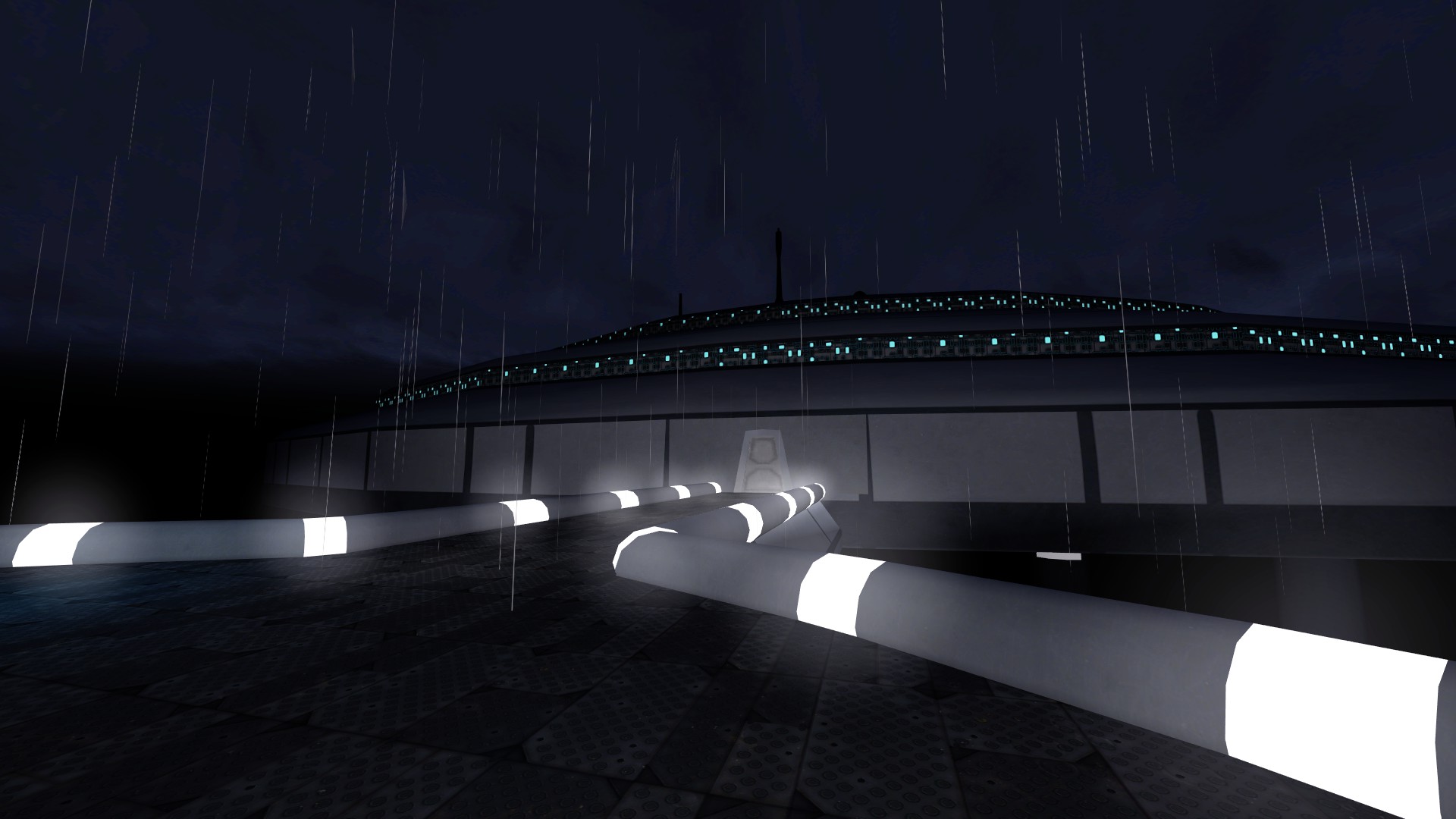 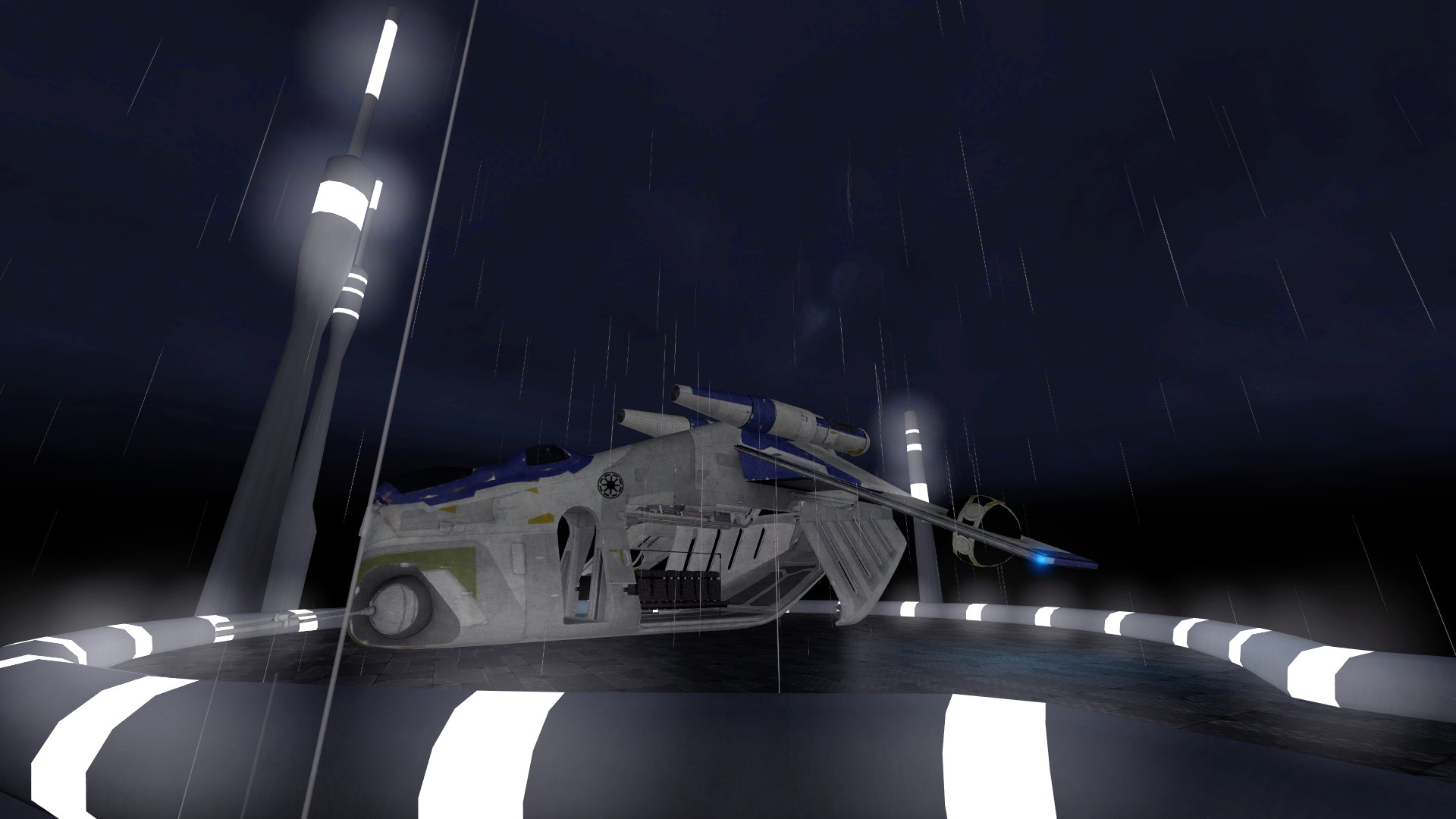 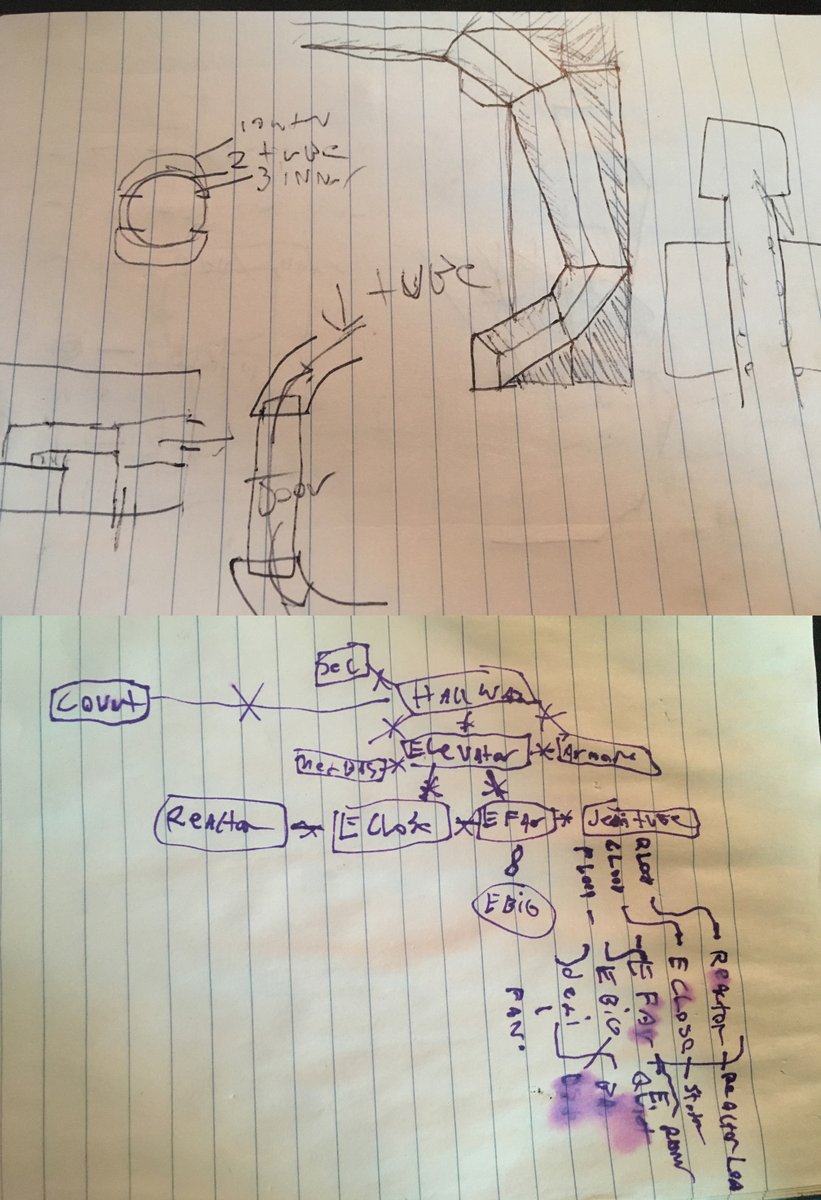 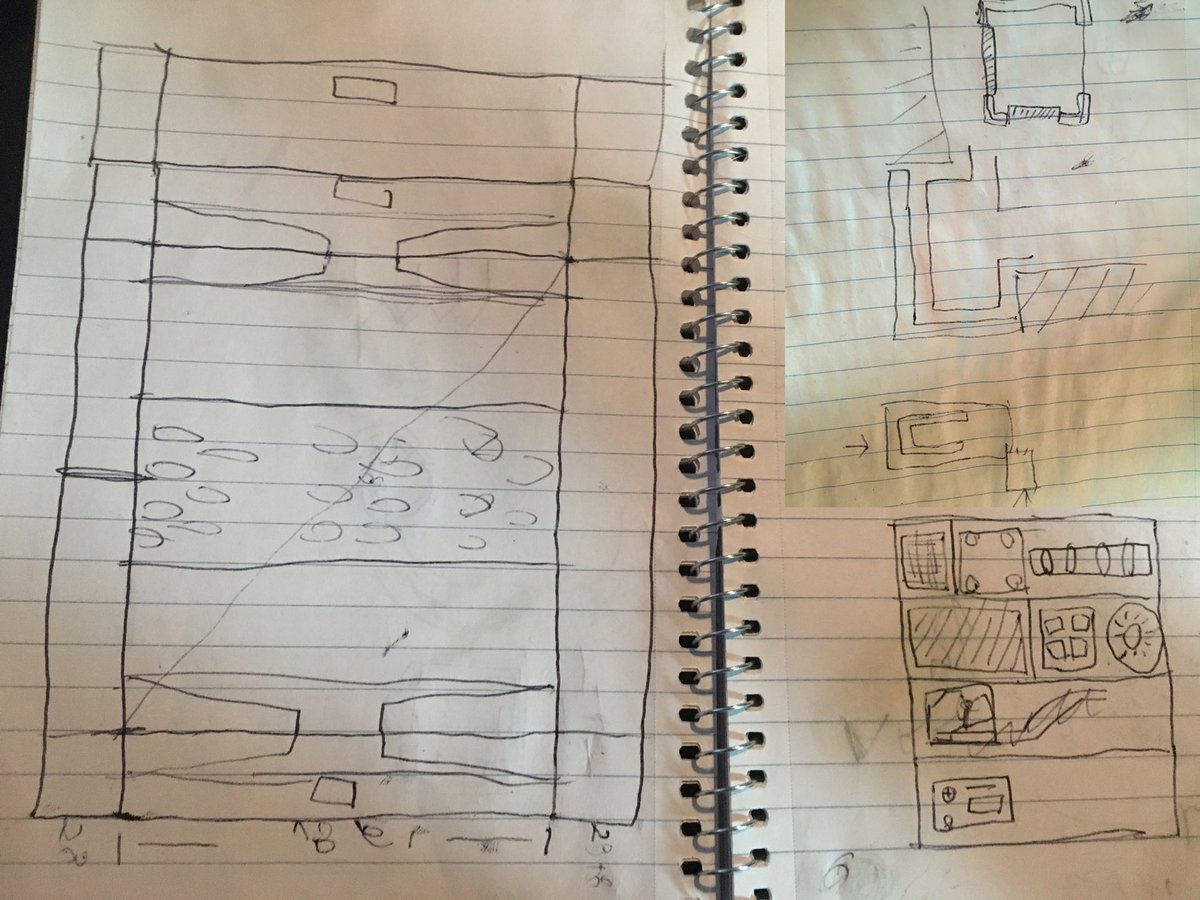 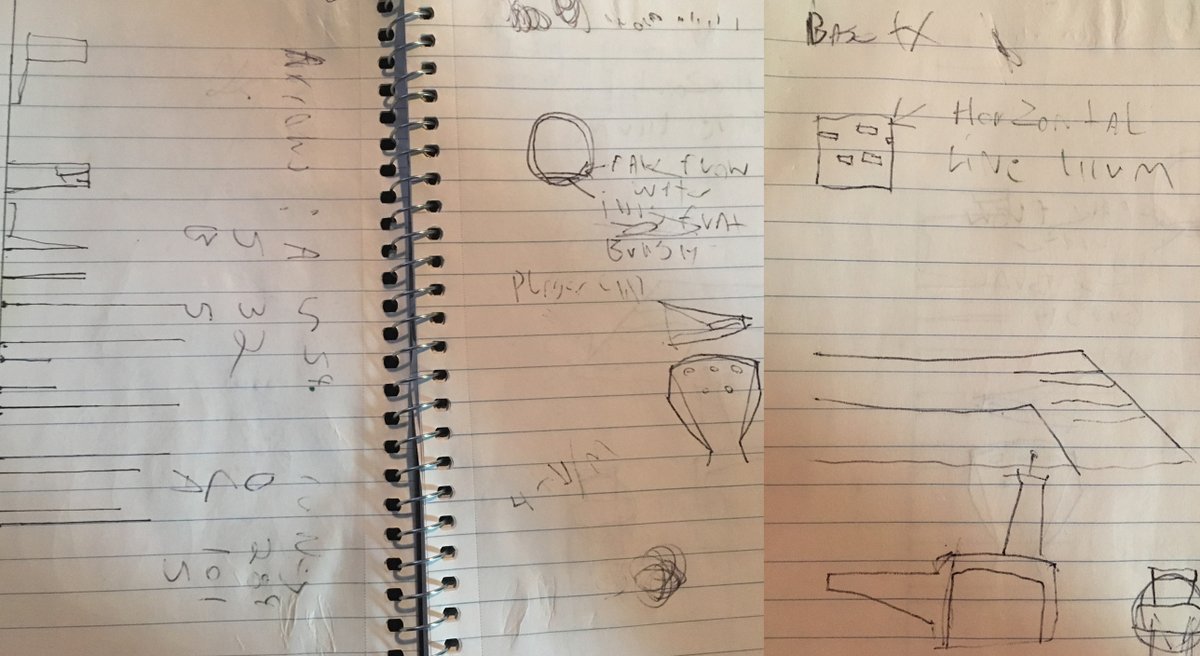 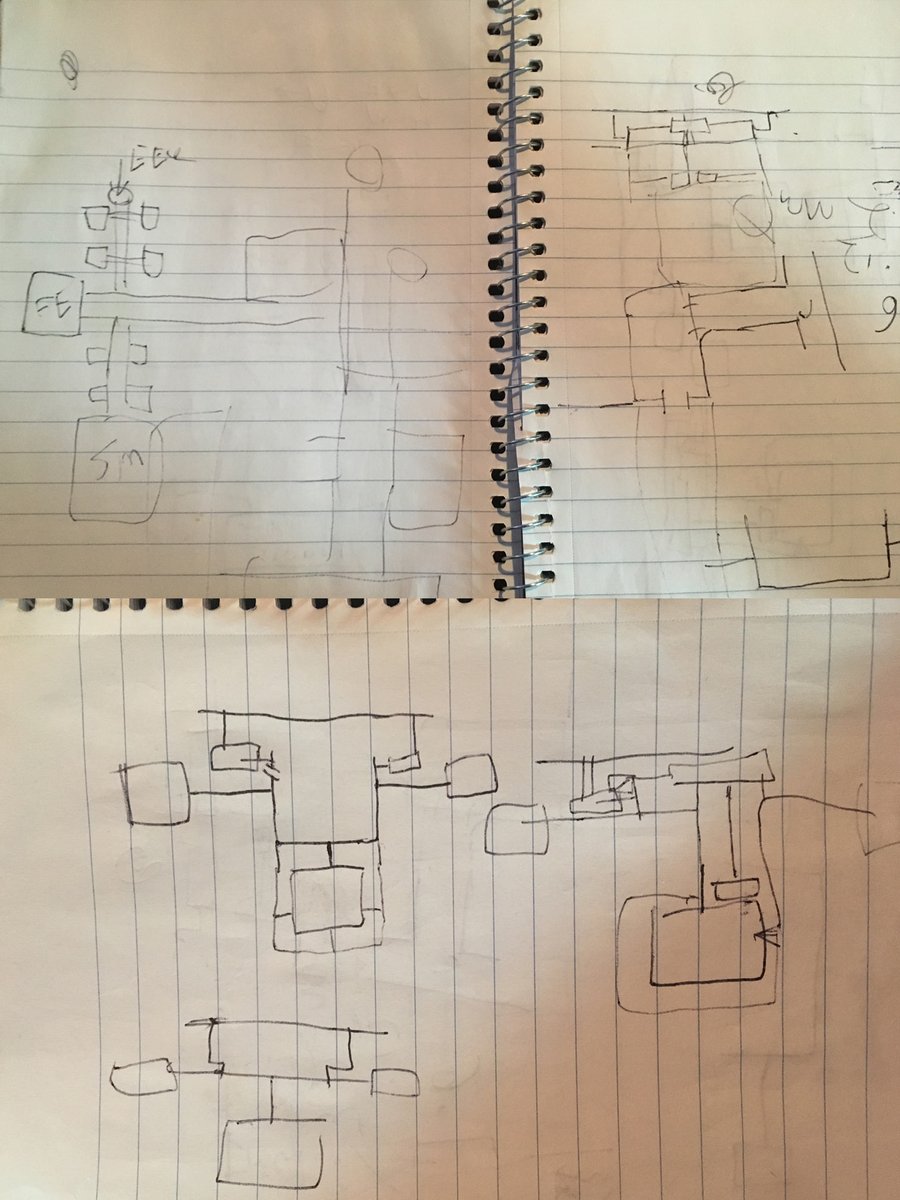